Langton by Spilsby lies in a designated Area of Outstanding Natural Beauty at the southern end of the Lincolnshire Wolds, which offer long views from the tops of the rolling hills as well as smaller, more intimate views in the villages and hamlets of the area.  There are three paths crossing parts of the village and the farm. 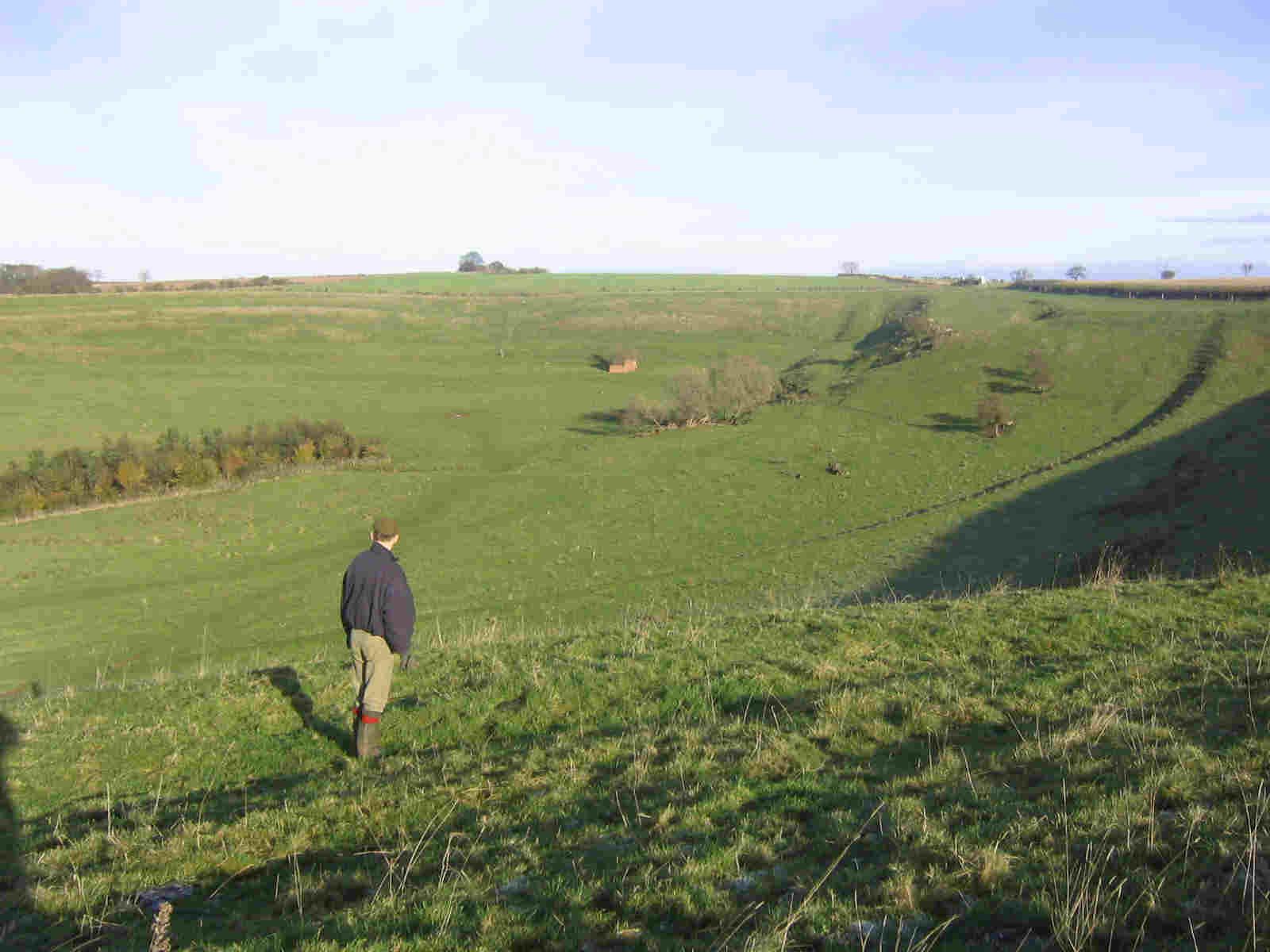 Official bridle and foot paths both start at Langton.  Footpath number 123 starts at the farmyard next to the church and leads past the site of an old settlement about 200 yards from the farm buildings and then via a well made farm track and across arable fields to Partney church about 2 miles away: from here it goes on to Skendleby.  Bridle path number 103 starts at the bottom of Langton Hill and goes along the other main farm track, along a hedge, through the neighbouring farm at Dalby, across the A16 Partney – Louth road and then as a footpath on to Skendleby, where it meets footpath 123 to return to Langton.

At the top of Langton Hill is Limeburner’s Cottage (now known as Hilltop Cottage).  On a clear day it is possible to see the coast of Norfolk to the south east from here.

A permissive footpath leads in a large semicircle from the top of Langton Hill, just beyond the Limeburner’s Cottage, along the western edge of the Wolds high above an area known as the Sheep Walks, to Grange Farm about a mile distant.  To return to the starting point take the main farm track back through the fields.  The whole trip is about two miles of easy walking and you can see well over twenty miles westwards from the top of the Sheepwalks.  The Sheepwalks themselves have been largely untouched for centuries and it is easy to imagine how the Wolds would have looked a few hundred years ago before the development of intensive cereal cropping.

The geology of the sheepwalks consists mainly of white and red chalk, sandstones and various clays and is unique in the Lincolnshire Wolds.  The geological variety, coupled with generations of grazing have created a great diversity of flora.  There  is some very unusual strip lynchet terracing throughout the length of the Langton Sheepwalks.  The origin of these terraces is uncertain, but they may date from Saxon times.  During a visit in 1764  to his friend “Lanky” (Bennet Langton) Dr Samuel Johnson is said to have found himself on the Sheep Walks.  Declaring that he had not had a rolled down a hill for a long time, he told Langton to take his pocket watch, emptied his pockets and rolled down the slopes from top to bottom.

Not far from Grange Farm (but inaccessible as they are in the middle of arable fields) are the “Spellow Hills.”  These hillocks appear once to have been a complete barrow about 180 foot long, but may have been reduced by several centuries of stone robbing.  It is thought that the name “Spellow” derives from Old Norse “Spella”, meaning to destroy, which may imply that the Spellow Hills form the site of an ancient battle.  Spellow Hills is one of two Scheduled Monuments on the high ground of Langton – the other being a Bronze Age monument known as Ring Holt overlooking the lower land towards Spilsby.  There are two other protected sites (though not Scheduled Monuments) nearby but it is not possible to access any of these sites and the Wolds are well known for having a large number of prehistoric sites over a wide area.